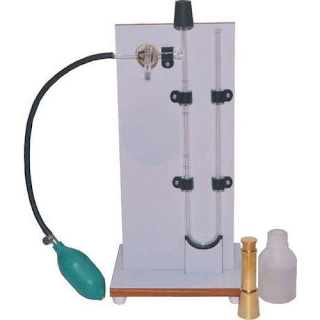 Apparatus for Fineness of cement by Blaine air permeability Test

Determination of Density of cement for fineness test

Determining the density using Le-Chatlier’s flask with two determination and record its mean to the nearest 0.01g/cm3 as the density (P) of the cement
Formation of compacted cement bed (Calculate Quantity of test sample)
Cement bed of porosity e= 0.500weigh of cement sample = 0.50x P x V
Where P= density of the cement (gm/cc)V= Volume of the cement bed

This mass correctly compacted will produce a bed of porosity e=0.500.

CALIBRATION OF THE TEST APPARATUS 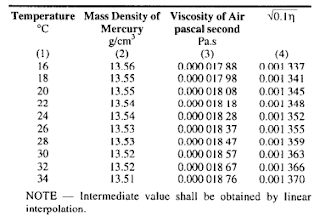 Determination of the Bed Volume

Apply a very thin of light mineral oil to the cell interior. Place the perforated disc on the ledge in the cell. Place two new filter paper disc on the perforated disc and ensure that each cover the base of the cell whilst lying flat by pressing the rod. Fill the cell with mercury, remove any air bubbles with a clear dry rod and ensure that the cell if full by pressing a glass plate on the mercury surface until it is flush with a cell top. Empty the cell, weigh the mercury to the nearest 0.01gms say, m2 and record the temperature. Remove one filter paper disc and form fill the cell with reference cement of known specific surface. Tap the cell to level the cement and place a new filter paper disc on the levelled cement. Insert the plunger to make

Repeat the procedure with fresh cement beds until two values of V are obtained differing by 0.005 cm3. Record the mean of these two values as V.

So = Specific surface of the reference cement (cm2/g)

No = Air viscosity at the mean of three temperature (Pa. s)

to = Mean of the three measure times (s)

The mean of the three values of K will be the constant K for the apparatus.

From the test sample of cement, calculate the mass of the cement and prepare a compacted cement bed.Insert the conical surface of the cell into the socket at the top of the manometer, using if necessary a little grease oil to ensure an airtight joint.

Open the stopcock and by gentle aspiration adjust the level of the fluid to that of the highest etched line. Close the stopcock. Remove the plug from the top of the cylinder. The manometer liquid will began to flow. Start the timer as the liquid reaches the second etched line and stop it when it reaches the third etched line.

Specific surface (cm2/g) of each of the test sample shall be calculated as: 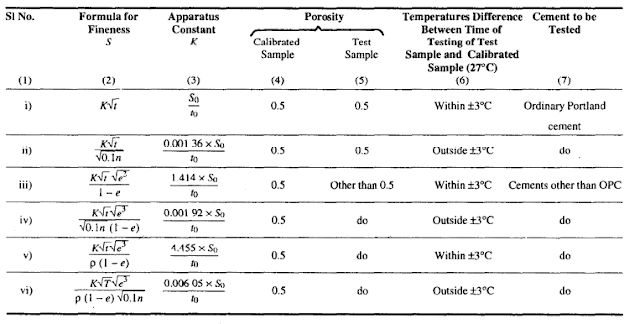